InfraCo Africa’s CEO, Gilles Vaes said, “We are excited to be working with our partners at EkoRent to support the expansion of Africa’s first fully electric taxi-hailing service. EkoRent Nopea is InfraCo Africa’s first investment in the electric transportation sector and we look forward to harnessing the potential of electric mobility to change the lives of Africa’s commuters; improving air quality and reducing dependence on fossil fuels.”

By 2050, it is estimated that African cities will be home to an additional 950 million people. Such rapid urban growth, coupled with limited public transport and dependence upon fossil fuels for vehicular transport, is expected to increase congestion and exacerbate poor air quality in Africa’s major cities. Recognising the challenge of urban transportation in Kenya, EkoRent launched NopeaRide in 2017. The continent’s first 100% electric taxi-hailing service, NopeaRide currently operates a growing fleet of electric vehicles and charging stations across Nairobi. Drivers and customers access the platform via a mobile application.

EkoRent founder and CEO, Juha Suojanen said, “We are thrilled to have signed an investment agreement with InfraCo Africa that not only enables us to increase NopeaRide’s footprint in Kenya, but also means we are partnering with an investor with years of experience and knowhow of the local markets in Africa. Our roots and company values originate from Scandinavia and Finland, but finding investors with knowledge of Africa can be a hard and long process. Now we have done it, and I look forward to growing NopeaRide together with InfraCo Africa.”

InfraCo Africa’s involvement will enable the company to grow its NopeaRide fleet up to 100 (70 additional) Electric Vehicles, in tandem with the expansion of the required charging infrastructure across the city. New charging stations will be rolled out in an efficient and cost-effective manner using data derived from Nopea applications (both drivers and passengers), Nopea vehicles, charging stations, and by monitoring of traffic flow and popular journey routes.

As well as cutting direct greenhouse gas emissions, NopeaRide’s electric vehicles and charging systems  reduce the running costs and maintenance burden of its fleet when compared with taxis which use combustion engines. For drivers, these cost savings are reflected in 30-50% higher incomes than they could earn driving conventional taxis.

The NopeaRide model is highly replicable and it is anticipated that, by enabling the company to scale its offering in Nairobi, the project will attract private investment into the electrification of  transportation for private and business hire in cities across the region. 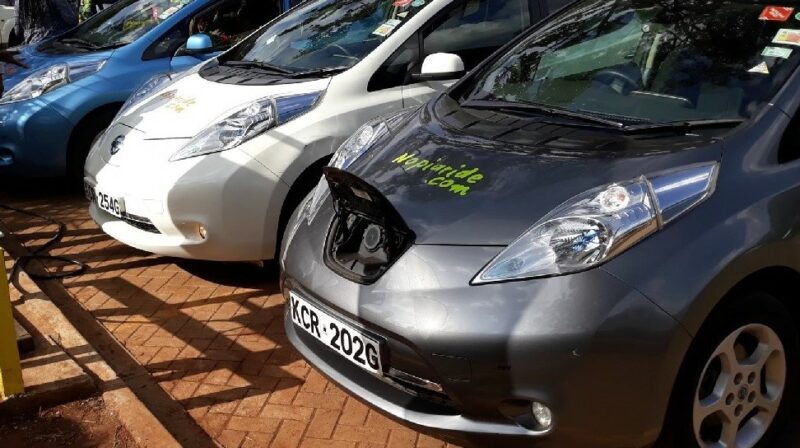