Electricity supply will be boosted by 60 megawatts thanks to an Implementation Agreement for the Ngonye Falls Hydro Electric Scheme signed between Western Power Company Ltd and the Ministry of Energy and Water Development today.

Lusaka, Zambia: With the signing of the agreement Western Power Company, a Zambian company, is a step closer to starting construction on the US$200 million project – the single largest private investment in Western Province. Western Power Company is a Zambian independent power producer (IPP) developing the Ngonye Falls hydroelectric power station along the Zambezi River at Ngonye Falls in the Senanga and Sioma Districts of Western Province.

Permanent Secretary Brigadier General Emelda Chola was on hand to sign the agreement on behalf of the Ministry of Energy and Water Development, while Western Power Company was represented by Sipho Phiri, Tom Younger, Andrew Fleming, Mark Burton, and Dr Sam Mundia.

The Permanent Secretary highlighted the importance and need for more of such concerted efforts between the Zambian private sector and government to develop infrastructure and invest in alternative and sustainable energy sources that will drive industrial, economic and social development in the country.

“In view of the current power deficit and the load shedding the country is facing, the project will provide a sustainable source of electricity and stimulate socio-economic development through job creation during and after construction. The Ngonye Falls Power Station will be the first hydropower station to be developed in Western Province”

Brigadier General Chola, Permanent Secretary at the Ministry of Energy and Water Development.

The power station is a run-of-river hydroelectric plant that will have an installed capacity of around 60MW and produce at least 300GWh per year of zero-carbon, renewable baseload electricity. The power produced by the plant will be enough to provide basic electricity needs including lighting, refrigeration and television for up to 350,000 Zambian households.

“This is a clear demonstration of the Zambian private sector’s commitment and ability to work with our government to deliver new power infrastructure in Zambia, with the support of key partners such as the Development Bank of Southern Africa and InfraCo Africa (a fund supported by European governments), to develop a sustainable, renewable, clean, efficient and cost-effective source of electricity that will help alleviate some of the pressure on the current supply.  In addition we have established a unique and innovative partnership with the community in Western Province.”

The project will involve the construction of a barrage across part of the river above the falls which will direct water into a 3km canal to a power house with two turbines and generators. Electricity will be carried by high voltage transmission lines to the ZESCO national grid system at Sesheke where it will be available to serve demand in Western Province and across Zambia. Because the project is run-of-river and therefore does not involve the construction of a large reservoir it is considered to be extremely environmentally friendly and has a beneficial social impact on the people of Sioma and Western Province.

“This project is a reality thanks to the cooperation of the Government of the Republic of Zambia and ZESCO, the immediate Community, and the Barotse Royal Establishment. It is due to the continued support and efforts of all the involved stakeholders and financiers that this project will be a success,”

The development is welcome in light of the country’s power deficit that has resulted in power rationing across the country. The project will not only contribute to boosting the power generation and supply capacity of the country but activities surrounding the hydropower plant will foster development and employment at Ngonye Falls and Western Province.

The company expects the station will not only be able to supply Southern and Western Zambia but also to generate foreign exchange revenue through export of surplus power throughout the region. 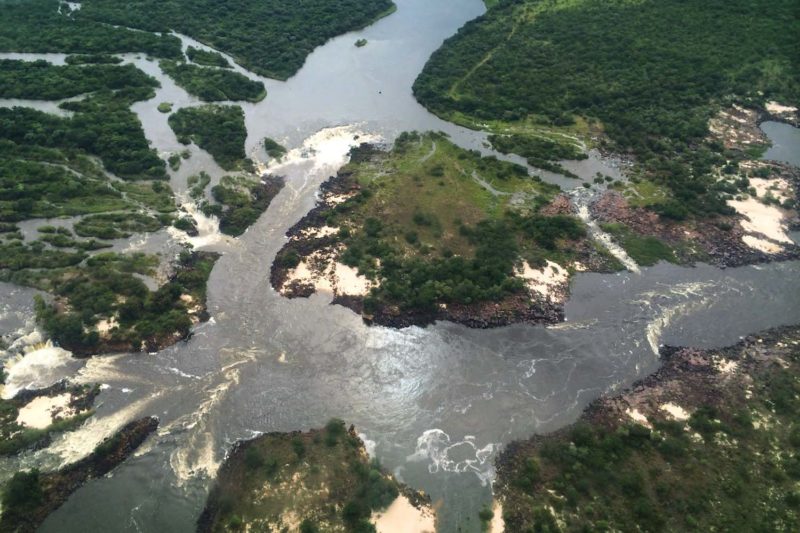 Harnessing the power of waterfalls

The Western Power Company will develop a 180MW run-of-river hydropower plant in Zambia’s Western Province: harnessing the untapped potential of the Zambezi River’s waterfalls to deliver clean, sustainable power. The project will not only provide power to the national grid, helping to alleviate economically crippling power deficits, but also directly and positively impact families living in the surrounding area through a pioneering benefit-sharing programme.