In 2011, the Government of Ethiopia (GoE) released its Climate Resilient Green Economy (CRGE) Strategy aimed at harnessing carbon-neutral growth to achieve middle-income status by 2025.    Whilst in 2012, just 27% of the population had access to power and Ethiopian firms reported an average of 5.6 power outages a month resulting in losses equivalent to 3% of sales.  By November 2017, 44% of the population had access to electricity (although only 33% from the grid), and the GoE launched the National Electrification Program (NEP) for achieving universal electricity access by 2025.  In 2019, the GoE released an updated National Electrification Plan with the target of achieve universal access through a combination of grid extension, solar home systems and off grid by 2025.  This requires 13.5 GW of new on grid generation, of which 840MW is geothermal.

In addition to allowing more of the population to have access to electricity, these generation targets will enable the GoE to reduce dependency on imported fossil-fuels and, coupled with energy efficiency initiatives, generate surplus power for export through planned interconnectors.  Such export will improve Ethiopia’s balance of payments by billions of dollars by 2030.

Ethiopia is well placed to achieve carbon-neutral growth; with ~90% of current electricity supply generated from hydro sources.  However, hydropower generation is vulnerable to climate change related variations in rainfall patterns.  Since 1965, Ethiopia has experienced 15 multi-year droughts and US Geological Survey climatologists estimate rainfall has declined by 15-20% since the mid-1970s.

However, Ethiopia’s geothermal potential has long been recognised as a potential solution.  A series of geo-scientific studies, begun in 1969, identified sixteen areas in the Ethiopian Rift Valley with sufficient potential to generate electricity. 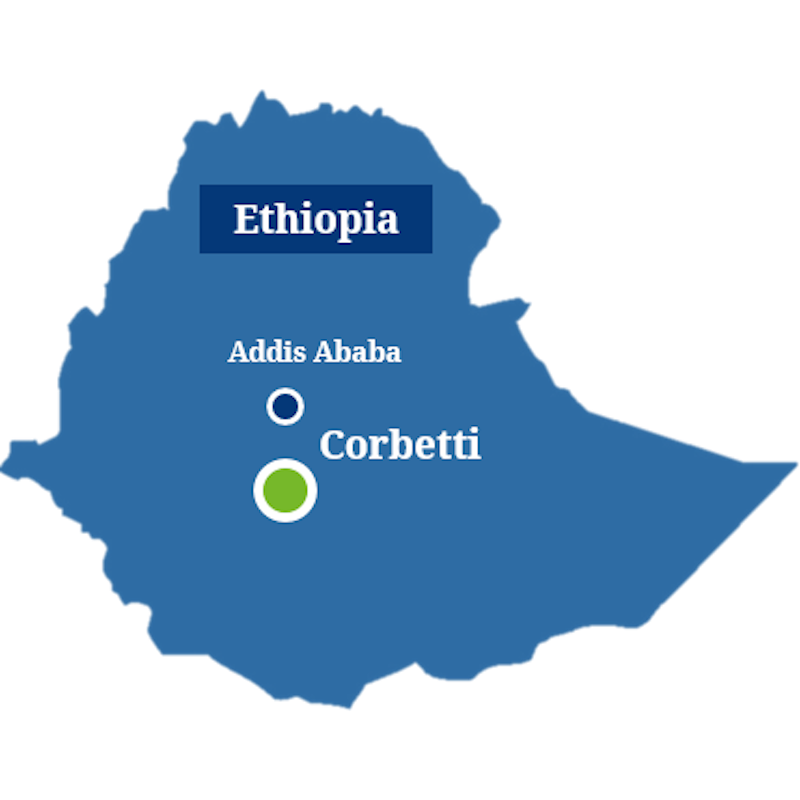 Situated in the Corbetti Caldera 250km south of Addis Ababa, Corbetti Geothermal (‘Corbetti’) will be a pioneering project: it is situated on a greenfield site, will prove a new geothermal resource, and be one of the first pair of privately developed, owned and operated geothermal IPPs in Ethiopia, which is only the second country in sub-Saharan Africa to develop geothermal privately.  Corbetti will be developed in two phases over a five year period.  The first phase will drill four to six exploratory wells to raise debt finance to drill a further four to seven wells and build a 50MW power plant which is expected to become operational in 2024.  The second phase will consist of additional geothermal wells, a 100MW power plant and facilities. Totalling 150MW, the full Corbetti programme will enable the GoE to meet 18% of its ambition to generate 840MW from geothermal sources in 2025.

Constructing the geothermal wells requires large quantities of water and so a new water system will be constructed. If suitable potable water supplies can be identified, the project intends to also provide a supply to local communities who suffer from water stress.

Access roads developed to date have greatly increased mobility in the vicinity of the project, helping people from the local community to get to schools and markets.

Being jointly developed with Berkeley Energy who manage the Africa Renewable Energy Fund along with Iceland Drilling and Reykjavik Geothermal. 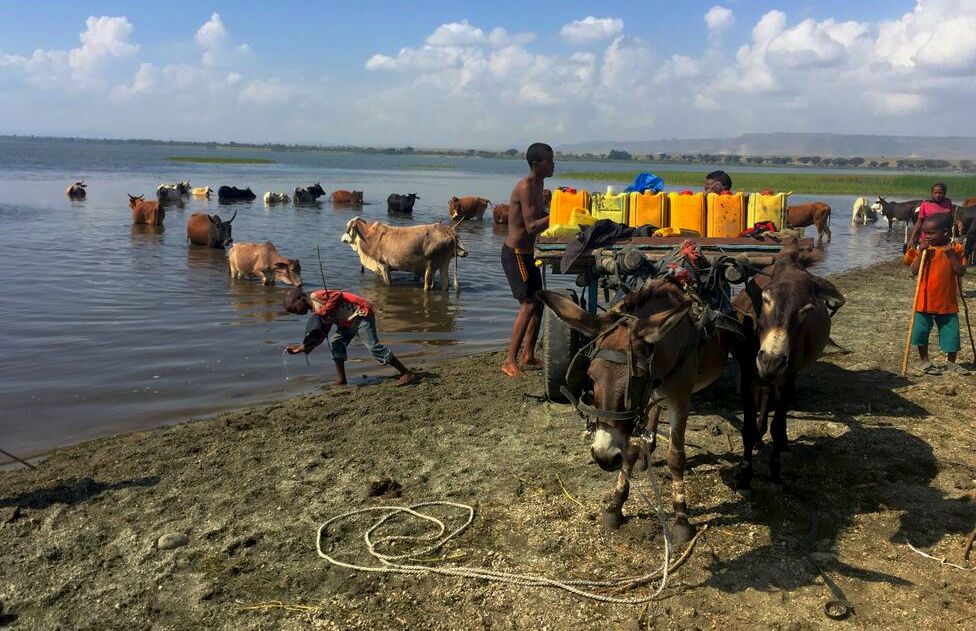 Today, families collect lake water for domestic consumption. The project will be improving water infrastructure and is investigating how to extend these improvements to local communities. 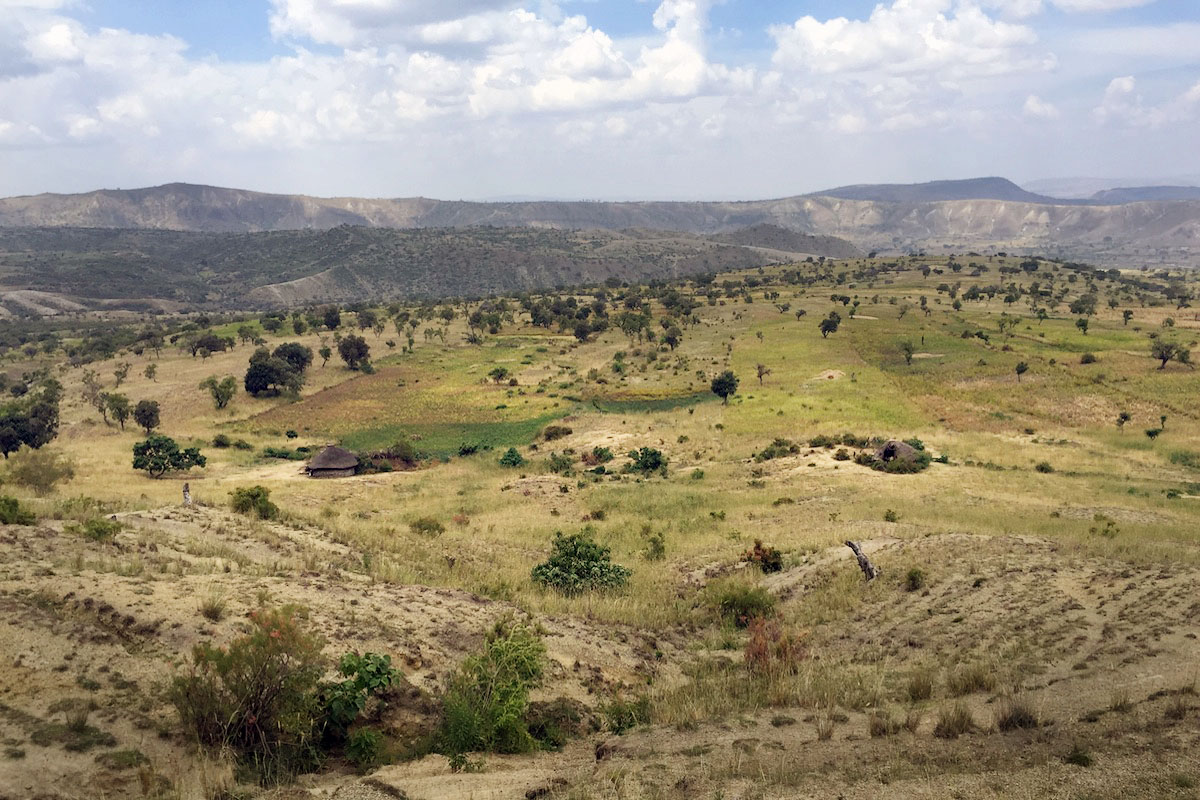 The Corbetti Caldera is 250km south of Addis Ababa and surrounded by mountains which were once the rim of a volcano. 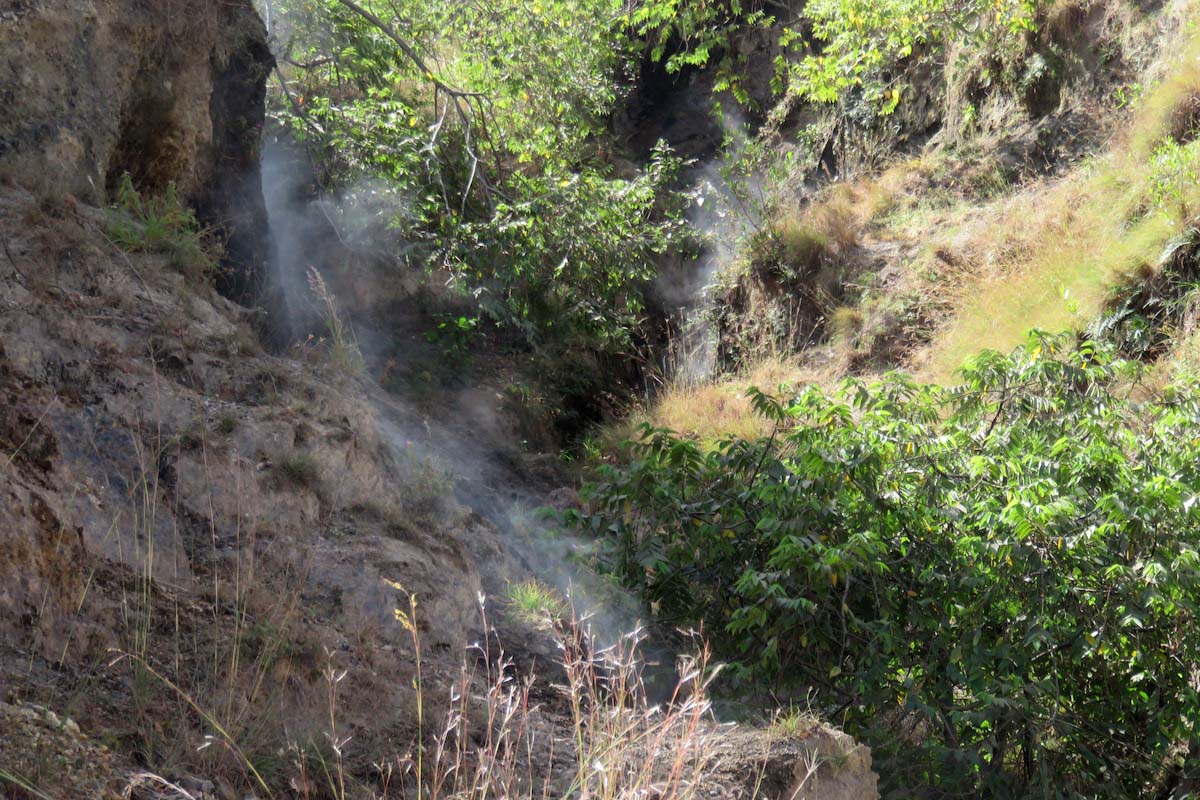 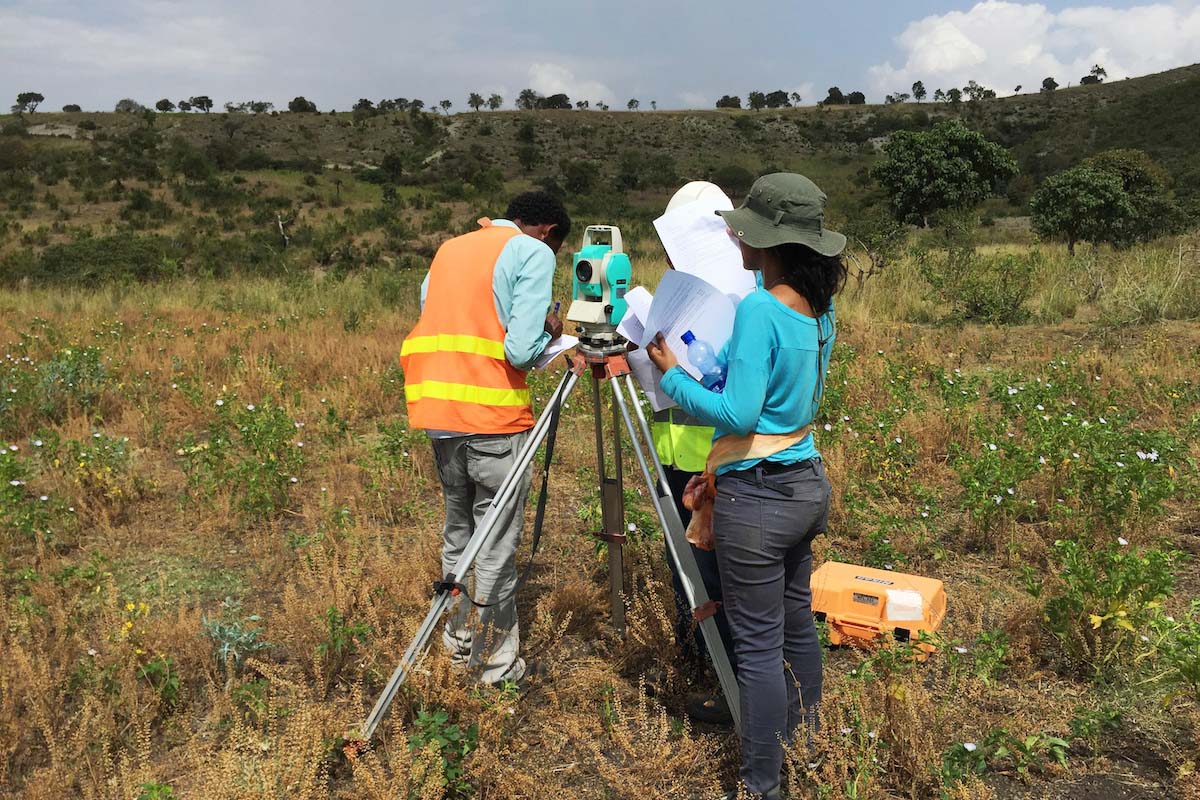 The Corbetti project team have started surveying the area, selecting the best sites for exploratory wells and early civil works 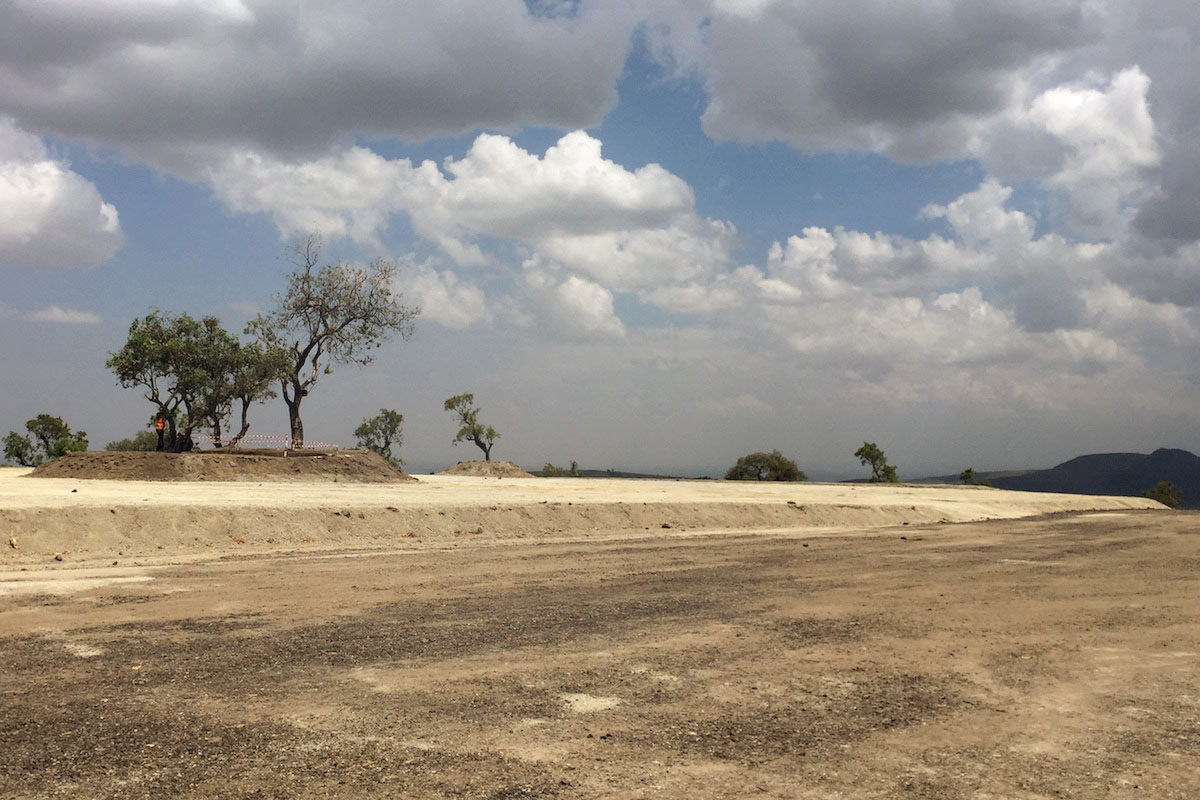 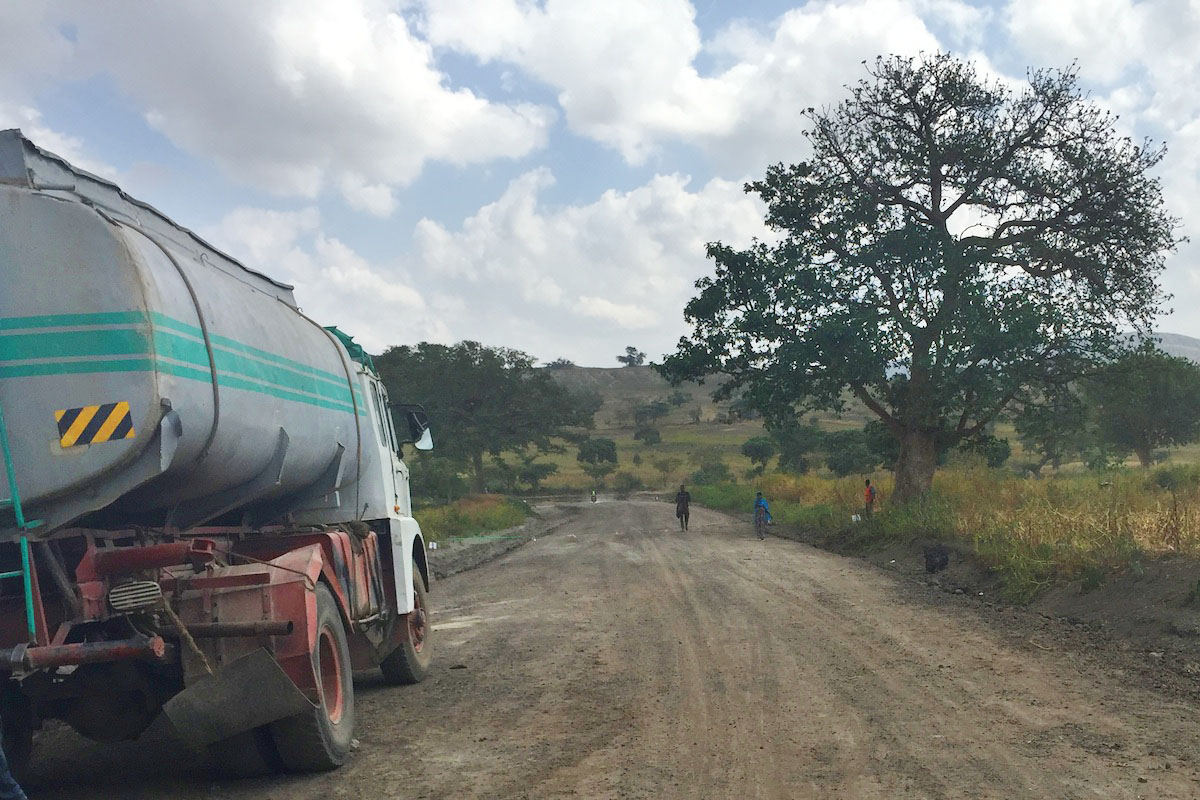 Roads upgraded by the project, to improve access to the site and caldera region, are already being used by local communities 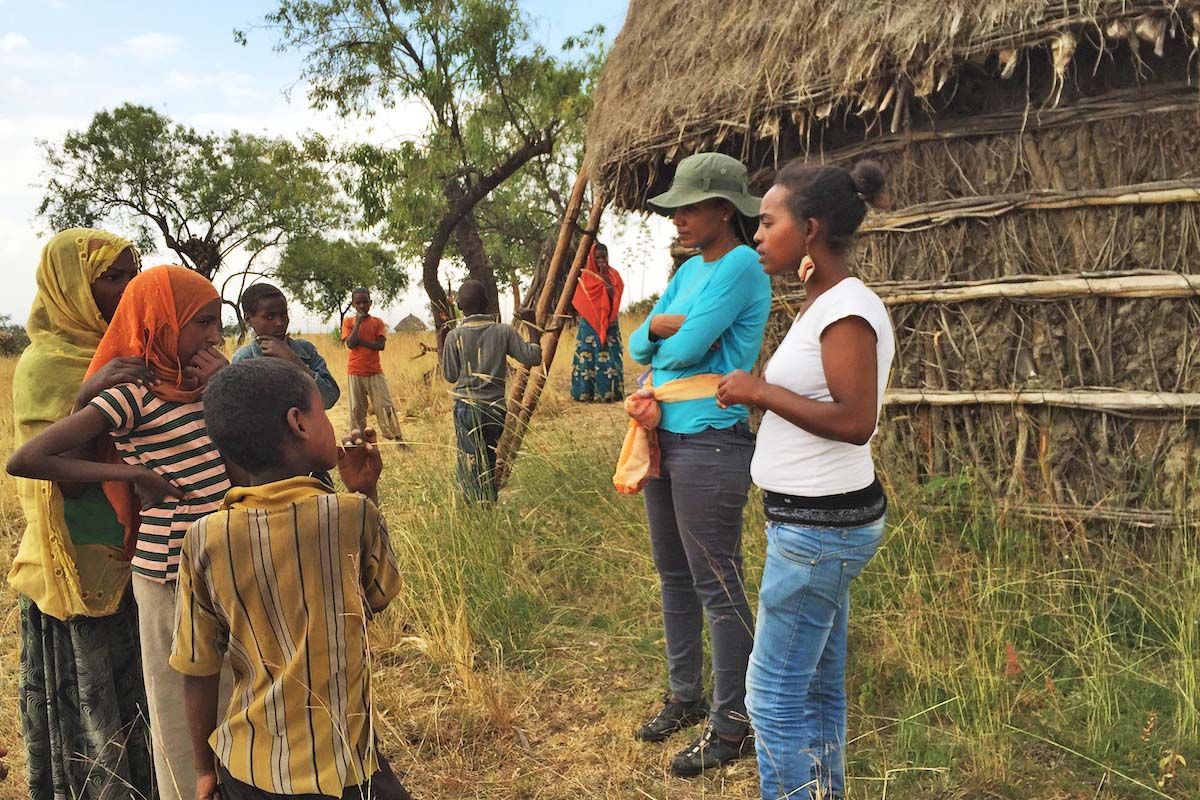 Local households will be consulted on the works and actively involved in designing community initiatives. 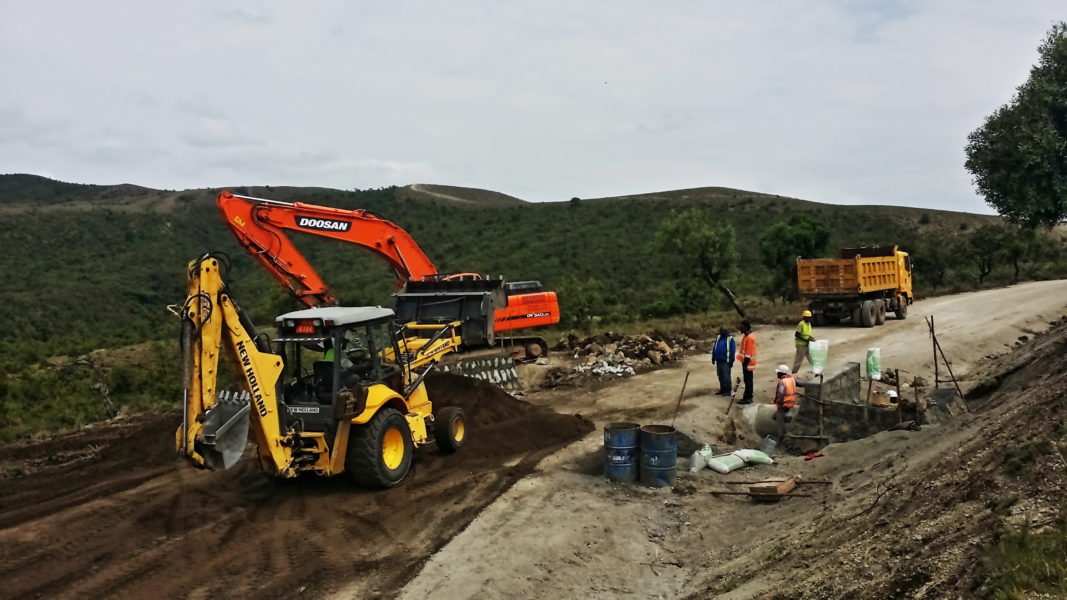 Workers constructing a culvert for the Corbetti access road 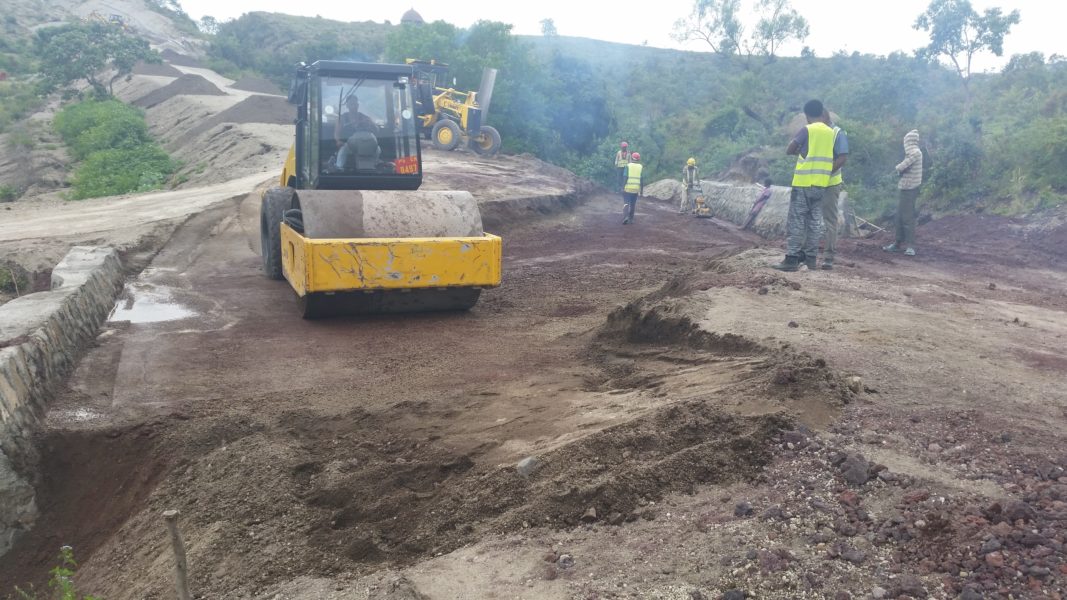 Work is underway to build access infrastructure for the Corbetti project 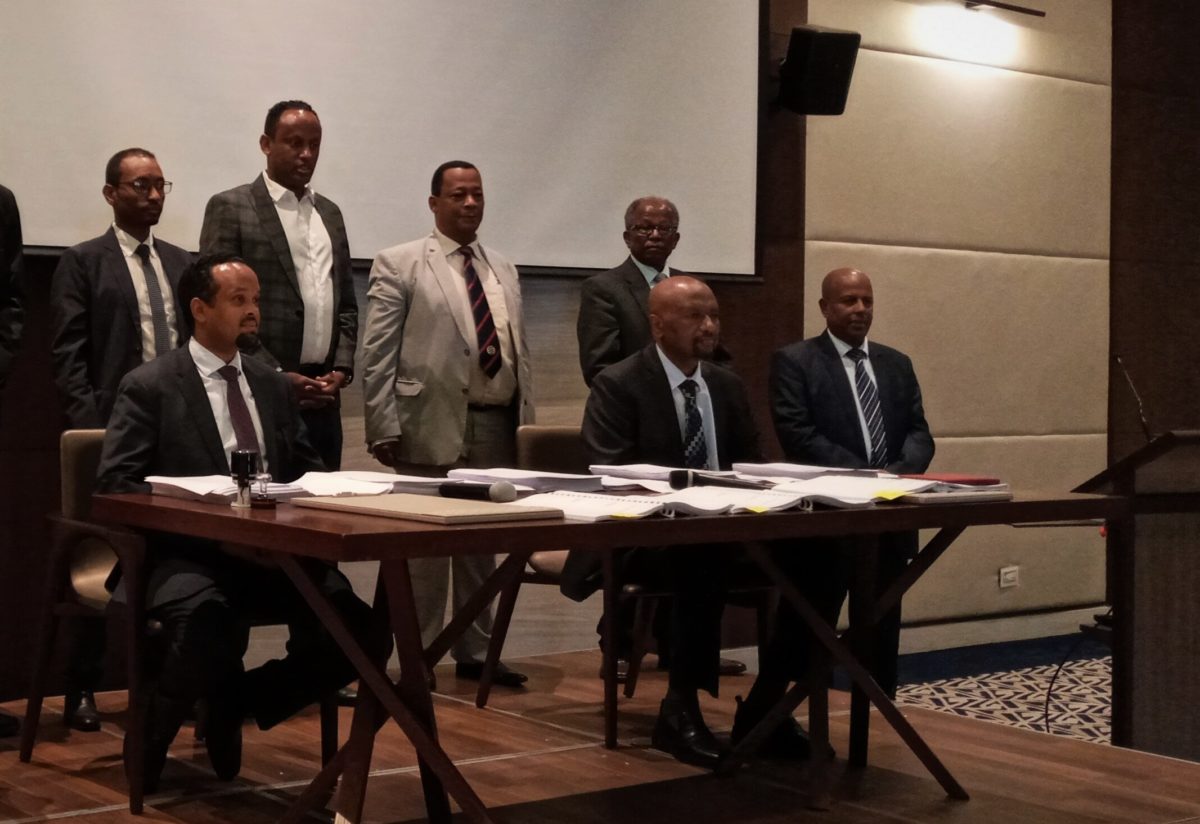 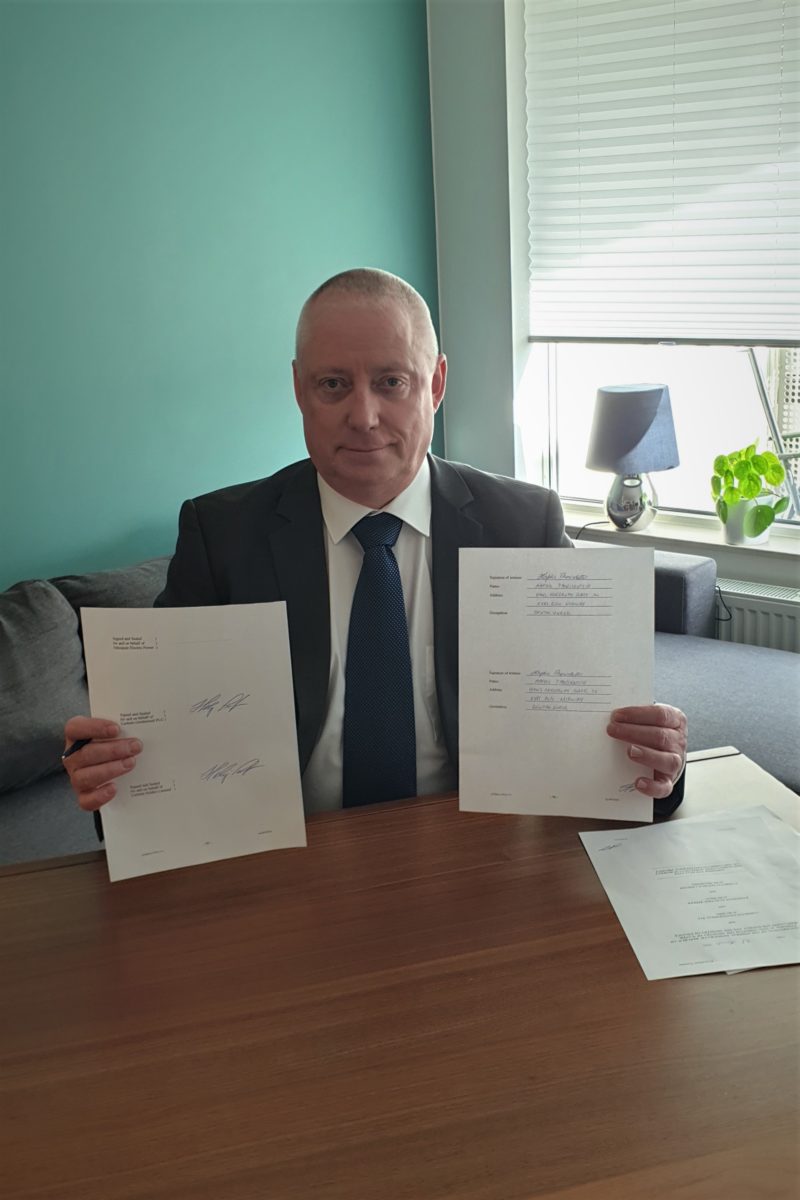 Martha Weya is a Health Extension Worker in Corbetti, Ethiopia. With support from our Corbetti Geothermal project, a new health post has been built and electrified in the village.

Ramate Miessa is a housewife and mother from Corbetti, Ethiopia. With support from our Corbetti Geothermal project, she received health and hygiene training.

Bessera Bora is a housewife and mother from Corbetti, Ethiopia. With support from the Corbetti Geothermal project, she received health and hygiene training. 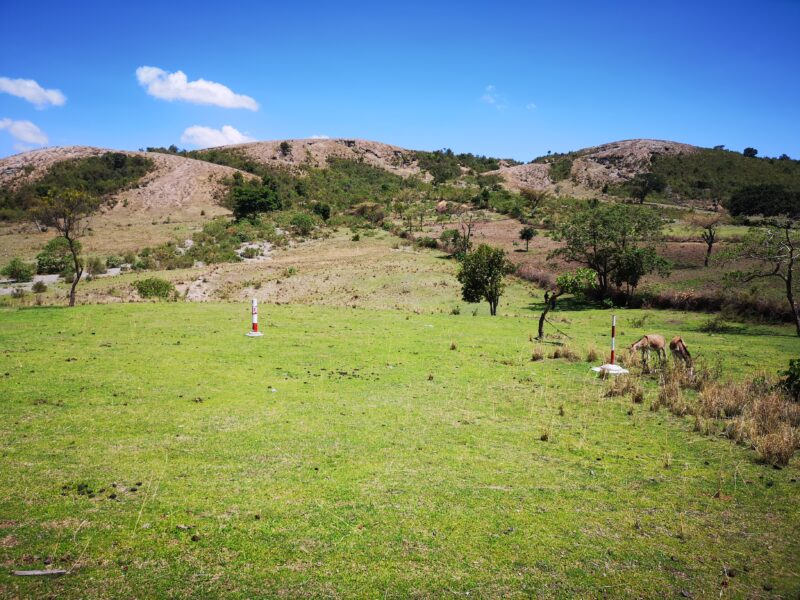 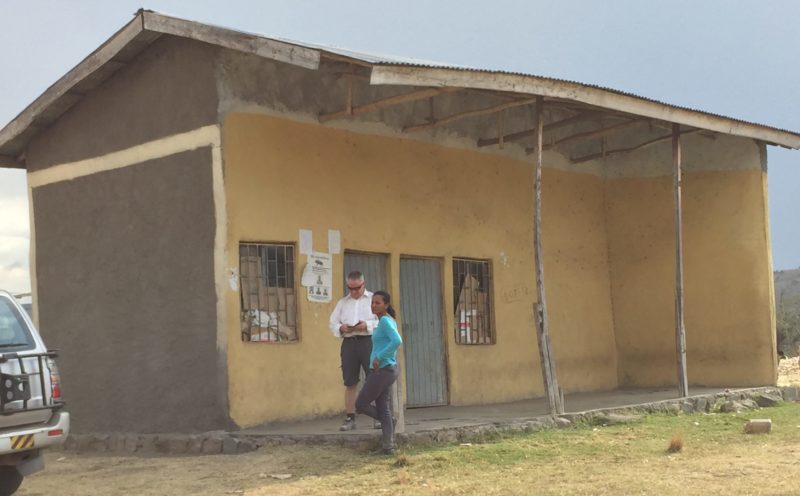 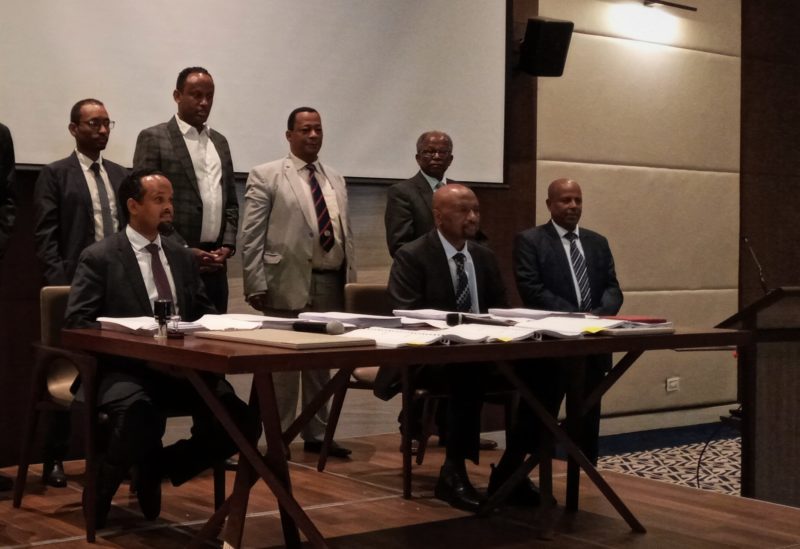 PPA and IA signing a mark of progress for Corbetti Geothermal 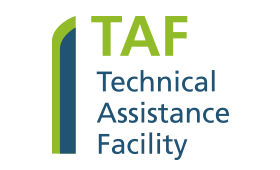